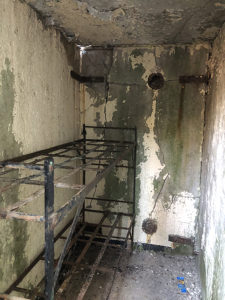 Incarcerated lives matter for a multitude of reasons beginning with the fact that prisoners account for and make up an absentee segment of society, while prison itself merely serves as storage space for warehousing society’s outcasts – the men and women who find themselves incarcerated.

The obvious reason incarcerated lives matter is that every sentence pronounced is neither a death sentence nor a term of natural life. Many of these outcasted men and women sentenced to a term or imprisonment will likely return to the very society that once casted them out. Most of these men and women will ofttimes return to society in far worse condition than the condition they were in prior to being sent to prison – a contributing factor to recidivism. But to understand this cycle we must examine issues such as poverty and racism which tends to sit at the heart of the problem.

Many of the incarcerated men and women who find themselves in prison are young, poor and uneducated; dropouts from inner cities and ghettos all across America who have turned to the streets to survive and find themselves lacking better options or trying to escape abandonment, abuse, a dysfunctional situation, but without the requisite social survival skills and tools to navigate a jungle that is hostile to the hopes and dreams of youths caught up in the life in the fast lane under the rigors and pressure of everyday life situations and scenarios that lead to bad choices and decisions made by immature and underdeveloped youth but should be reserved for mature and experienced adults.

Many of these men and women are raised in single parent homes wherein ofttimes the mother is the sole care giver and provider, the father either in jail or dead or just a dead beat, and family values centered around keeping a roof over the head, clothes on the back and food on the table. Circumstances that create for part time parental guidance and a broken school system to co-parent. The lack of after school activities and programs for inner city and ghetto youths leaves the door open for many of these youths to get sucked in and swallowed up by the street influences and ultimately become products of the environment that is producing more convicts than college graduates. This is what the everyday struggle looks like in minority and poor communities across America and paints a picture of the conditions many of the men and women find themselves in when sent to prison.

Incarcerated lives matter because recidivism begins long before those men and women first reach prison by the conditions that shaped and made them ripe for prison to begin with. These men and women are not born criminals, but by the time they reach prison they will be doomed to repeat offend because, absent an intervention, the criminality that lands them in prison will be ingrained behavior and instinctually all they know, born of the conditions that made and shaped them to survive as criminals. This is merely a tip of the iceberg but important nonetheless inside and outside of prison because funding for educational and social development, vocational training, and other societal survival skill sets and tools have been taken out of prison and put to what society believes to be better used, as a direct result of failure on the part of society to realize that incarcerated lives matter. The focal point here being prevention and rehabilitation, neither of which exists, to either head off incarceration or nip recidivism in the bud.

Incarcerated lives matter because the men and women sent to prison and later returned home in a worse state are a problem for society, and simply warehousing people in a cage modified for human habitation for a period of years without recognizing their humanity is not the way to solve it, but rather will adversely affect generations to come while negatively impacting society for even longer.

Incarcerated lives matter because prisoners are one of the most vulnerable segments of our societal population and rightfully deserve to be a protected class or group from unchecked authority in the hand of prison guards with bigoted or racist dispositions or predilections for brutality, sexual abuse, torture, etc. or indifference toward the human dignity of prisoners over whose lives they have complete control and a social license to kill behind the veiled secrecy of the prison wall is an invitation unto fascism and modern day slavery in a post-World War II and post Jim Crow era.

Incarcerated lives matter because our society will be better off when every man and every woman protected under the blanket of Americanism can benefit from having their humanity recognized and their human dignity respected.

Incarcerated lives matter because every man and every woman convicted of a crime may have lost the presumption of innocence, but nonetheless may not be necessarily guilty as charged. Specifically, Illinois is a state that found and exonerated more innocent prisoners on death row than guilty were actually executed before recognizing the system in Illinois was irreparably broken and ultimately decided to abolish the death penalty in part due to systemic corruption involving police torture, false confessions and fabrication charges, etc.