People in Illinois prisons and jails will die in the coming weeks if the state does not take responsible action. They are living in crowded conditions with no access to soap or hand sanitizers. Medical care is costly and inadequate.

In a briefing on March 18, you said you were considering the release of people in prison for nonviolent offenses. “There are some very dangerous people who should not be considered, but there are others that are very vulnerable and who have committed some non-violent offense and who should be first in line if we were to do something like that.” These people should certainly be released. 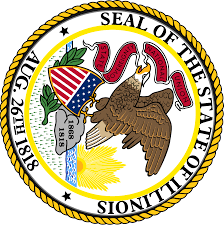 But we have to do more. In state custody are 84 men and women who are over 70 and 684 people over 60. They are especially vulnerable to COVID-19.

The following individuals deserve immediate review, along with many others who are at serious risk. Arkee Chaney, 73, who has been imprisoned for 33 years as a result of three strikes legislation. Paula Fiedler, 67, who has multiple medical issues. Janet Jackson, sentenced to life for conspiring to kill her abusive husband, also with multiple medical issues. Pearl Tuma. Mason Burl. Howard Wiley. They are elderly, rehabilitated, and in need of immediate protection.

Elderly people and people with chronic health issues as well as others will die in prison because of our inaction in the face of a pandemic. Please, Governor, respond to vulnerable citizens in prison.

Bill Ryan
(on behalf of over 80 different individuals and organizations)